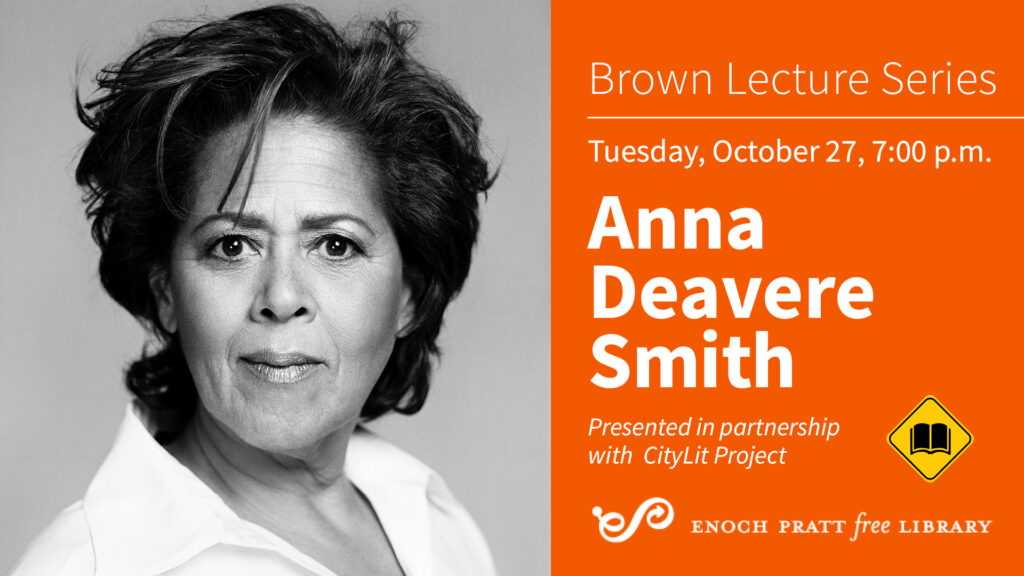 Playwright, actor, and educator Anna Deavere Smith uses her singular brand of theatre to explore issues of community, character, and diversity in America. The MacArthur Foundation honored Smith with the “Genius” Fellowship for creating “a new form of theatre – a blend of theatrical art, social commentary, journalism, and intimate reverie.” Best known for crafting more than 15 one-woman shows drawn from hundreds of interviews, Smith turns these conversations into scripts and transforms herself onstage into an astonishing number of characters. In her speaking events, Smith discusses the many “complex identities of America,” and interweaves her discussions with portrayals of people she has interviewed to illustrate the diversity of emotions and points of view on controversial issues.

Currently, Smith appears on ABC’s hit series Black-ish and the ABC legal drama For the People. She is probably most recognizable as the hospital administrator on Showtime’s Nurse Jackie and the National Security Advisor on NBC’s The West Wing. Her films include The American President, Rachel Getting Married, and Philadelphia.

This is a virtual event. Registration is required. FREE tickets for Zoom Webinar or Facebook Live will go on sale October 13 at 9 AM.