Stavroula Sofou came to the United States of America in 1995 to study Chemical Engineering at Columbia University in New York City. It was not easy for her to leave her close-knit family in Greece, but the promise of an American education, that allowed one to pursue interdisciplinary studies was alluring. “I graduated in chemical engineering, but I was into a more non-traditional, bio-related path. In Europe, that could not easily happen, whereas US was and still is a place where you can more easily switch directions, especially at the graduate level.” 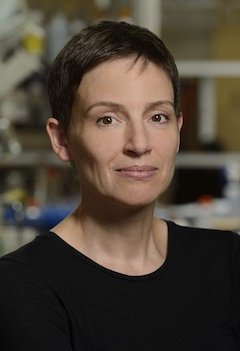 Stavroula’s first few days in the city as a graduate student from another country were rough. “It was loneliness. I was really lonely. I realized I was so far from my family. I hope it’s worth it!” said Stavroula while reminiscing about her earlier time in the United States. She added that it is only when one arrives in a new country as an immigrant that you realize that “you are really far from your comfort zone.” However, as the semester commenced and students trickled in, she felt more at ease. Columbia’s diverse student body and New York’s cosmopolitanism became Stavroula’s new comfort zone. Over the years, Stavroula graduated and started working. She met her husband, a Greek man who was a Math Professor at Princeton University. They had a daughter together and made home in New Jersey.

“Hopkins brought us to Maryland,” said Stavroula who moved to Baltimore in 2017 and is currently faculty at the Johns Hopkins Whiting School of Engineering. She lives in Roland Park and loves the convenience of living close to her place of work.

Though Stavroula and her family have opportunity to visit each other across countries and continents, the travel restrictions during pandemic created tough choices for travelers. “Under normal circumstances” she was able to meet with her family every year. But, earlier in 2021, Stravoula’s mother had to cancel her trip to the United States from Greece, in the midst COVID-related fears and restrictions. “A few years back my dad passed away and now my mom is alone. Sometimes I think that my life is now here. It’s not there. But my heart is there many hours of the day. There is nothing I can do about it. My child is American, and I cannot go away. Even when I retire, I would like to live close to my daughter,” said Stavroula, while commenting on the existential dilemma that many immigrants go through in their lives.

Stavroula believes that our salvation as a community and country lies in developing friendships and meeting each other across religions and cultures. When people meet folks outside of their bubble, they realize that “they are people like them.”

Listen to the attached audio to hear Stavroula’s thoughts on immigration and immigrants: